Yesterday I was in Turin. I was discussing the speech of one of my colleagues, Tracy Gray, from United States. Tracy's speech was very interesting and I mainly agreed with it. Anyway I have some comments to do about the title of the Congress itself (A day in school in 2020) and the trends of the discourses I've heard there.
First of all, in these last months I'm participating to congresses and seminars whose aim is to discuss about what school could be in the future, thanks to education technologies. Reflecting on this case (I imagine it should be better to discuss about what school IS NOW!) I remembered Barthes' words in the conclusion of his famous essay Mithologies. Barthes said there, that in mass societies all we are forced to misure ourselfes with discourses according to which things seem to be more than they really are.
What is Barthes talking about? He is talking about a tipical device of the social history of the media: we can name it "overdetermination of the meaning".
What is it? It is the second one of the three steps within a new technology is introduced in social systems. They are:
1) the invention (that is the creation of technology);
2) overdetermination of the meaning (it means to give to technology a major value than it really has);
3) uses (thanks to this meaning we give it, technology can spread out in social uses and be appropriated by the people).
How this may happen?
Normally people overdeterminates technology's meaning producing discourses able to support and enhance the social diffusion of technology itself. This is what happens when we say things like: "The future is what we build up".
The function of this discourses is to work as emancipation stories. One of this stories is implied by what people means saying: "Somebody says that technology will save us".
So, according to me, nowadays we are doing something like that about the relationship between school and education technologies. The risk is to built up rethorics whose mythologic use (in Barthes' sense) doesn't take in account the real problems we have here, that are teaching and learning practices really passing in the classrooms.
To be aware of these risks it is important to pay almost three main attentions.
First, we must keep in mind that traditional approaches to teaching are resistent to technology. Technology is not able to transform practices by itself; on the contrary, what usually happens is that people appropriates with technology using it according its known practices. So we need new "utilization frames" (Flichy).
Second, we need to consider not only technology, but also all the other variables concerning teaching and learning contexts: students' motivations and cultures, teacher abilities, parents cultures and ways of life, horizontal socialization in pairs group, and so on. Technology doesn't work alone, but become part of real life contexts and people experiences. So we cannot consider it whithout considering its relationships with these factors.
Finally, we must pay attention to some practical problems, the main of them are the relationship between formal and informal education, and between practicies and system. Normally people thinks that to bring Technologies 2.0 into the school could mean to bring social network into the school. It is uncorrect. Social networks live in the informal education space: school is a formal education context. Shifting between them means to imagine strategies that are proper to eachone of them. Finally, we all must be sure that working about practices in small contexts is not like to imagine system changes at the political point of view: the real difficult thing is to act on this secodn level, as it's easy to understand.
Pubblicato da Pier Cesare Rivoltella a 7:56 AM No comments: 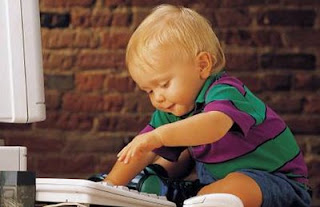