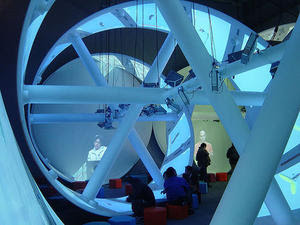 On 21-24 October 2009 was held in Bellaria (Italy) the Final Congress of the EUROMEDUC Programme. This is a Programme of European Community aimed to recommend to the Community itself some suggestions about Media Literacy in the age of digitalization.
Unfortunately, for me it was no possible to stay in Bellaria during the whole Congress. In the same week (as usual) were concentred a lot of other activities (lessons at the University, another Congress organized by my Department of Education at the Catholic University of Milan). So I was there only during the opening session, on Wednesday 21, and next morning, when I was invited to give my key-note speech. The key-note of the opening session was given by David Buckingham, one of my colleagues, professor at the Institute of Education at the University of London. David's speech described the "changing landscape" of Media Literacy; in it, Media Literacy has surely a lot of new opportunities, but also meets some risks. Tha main of them is the temptation to give to the concept of Media Literacy a too inclusive meaning. Really, nowadays, Media Literacy could mean a lot of things: inclusion, e-partecipation, life-skills, functional competences, information retrieval, efficient use of the media, critical evalutaion of information, pop culture, and so on. As I already said in one of my books (Digital Literacy, IGI, Herschey 2008), when Media Literacy is becoming everything it is the same thing that nothing is Media Literacy. So, according to David (and I agree with him) there are some confusions/risks to take care of:
- education through the media is different from education about the media;
- Media Literacy is not to motivate guys;
- do not put out of our sight the critical question;
- be aware of the "mithology" of the so called digital natives (in this blog we've already talked about this question);
- to refuse a sentimental vision of childhood;
- the fact that media are becoming participative doesn't mean that we are giving the power to the people.
Some of theese risks (in the form of five controversies) were the object of my speech too.
You can find the abstract in Scribd, at this URL: http://www.scribd.com/doc/21558560/Constructive-controversies-in-Media-Literacy.
The slides I used at the Congress are published in Slideshare at this URL: http://www.slideshare.net/piercesare.rivooltella/constructive-controversies-in-media-literacy.
Pubblicato da Pier Cesare Rivoltella a 8:02 AM 1 comment: 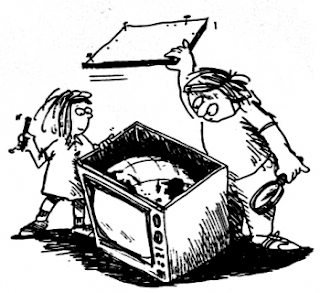